Typically, you would find four ways to connect display adapters to a motherboard. The classic PCI slot is used today only when you need to install an additional video card to support extra monitor. A slightly new one is called AGP. All of the recent video cards are plugged into the PCIe slot on a motherboard. Now, we have a display adapter built-in with every motherboard.

If more color depth is used, this slows down the functions of the video. Any data that is coming on the display has to go through the video card’s memory chips and the expansion bus which happen at rapid motion. The Peripheral Component Interconnect (PCI) slots used in nearly every system over the years are generally limited to 32-bit transfers at the speed of 33 MHz. This yields a max bandwidth of 132 MBps. This, at first glance, looks like a lot but as you start using higher resolutions, high color depths and high refresh rates, which mattered a lot in the good old CRT days. Also, all the systems had more than one PCI device. But the catch is, none of the PCI bus can handle the video requirements of the current computer systems.

Due to the intense demand for video bandwidth, Intel responded with a new slot called Accelerated Graphics Port (AGP). AGP was a single, special port, almost identical to PCI slot, was a dedicated slot for video. None of the motherboards back in the day had more than one AGP slot and as for the current motherboards, you do not even have an AGP slot. You will find these in the archaic systems.
PCIe

PCI express (PCIe) was brought in to replace PCI and AGP. PCIe was the perfect fit for video due to its incredible rapid response. Every PCIe video cards use the PCIe x 16 connector. PCIe replaced the AGP as the major video interface almost in a span of a day.

Graphics processor is responsible for carrying out the expensive task like taking command from the CPU and translating them into right coordinates and setting colour information in the display which monitors understand. Any device that processes video is called Graphic Processor Unit (GPU).

Typically, the most thing talked about with a graphics processor is how much RAM the video card uses. A very typical video card’s name could be something like EVGA GeForce GTX 1080ti 11-GB 382-bit GDDR5x PCI express 3.0. Let’s break these jargon down. EVGA is the manufacturer, GeForce GTX 1080ti is the graphic processor, 11-GB 382-bit GDDR5X stands for the dedicated video RAM that is there and the connection between the video RAM and the graphic processor. PCI express 3.0 indicates the kind of expansion slot it requires on the motherboard.

An amazing thing about this new video cards is the kind of additional features you may get sometimes. For instance, there are video cards which offers the digital anti-theft technology called High Bandwidth Digital Content Protection (HDCP). HDCP generally prevents copying audio and video between high-speed connections such as HDMI, a display port and DVI. HDCP also prevents playback of any HDCP encrypted contents.
There are tons of companies out there which produces different video cards in the market but there are only three major companies which produce the vast majority of the graphics processor for video cards. They are – NVIDIA, Intel and AMD. Both NVIDIA and AMD make and sell graphics processor to various third-party manufacturers who then design, build and sell video cards under their own branding. Intel built their own video cards but now primarily focuses on built-in graphics processor for motherboards.

The kind of graphic processor you choose, will be the single most important decision you will make for video card. Low-end graphics processor runs fine for very little task for typical low end gaming, administrative tasks. If you require working with 3-D, Jaw dropping gaming, high definition video etc. All these heavy work requires a heavy and high-end graphic processor and so on. 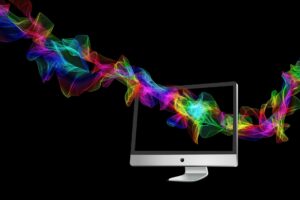